Sony announced their longest full-frame lenses to date with the FE 200-600mm F5.6-6.3 G OSS and the FE 600mm F4 GM OSS. The two new telephoto lenses use Sony's latest and most advanced lens technologies, making them some of Sony's best for sports and wildlife. 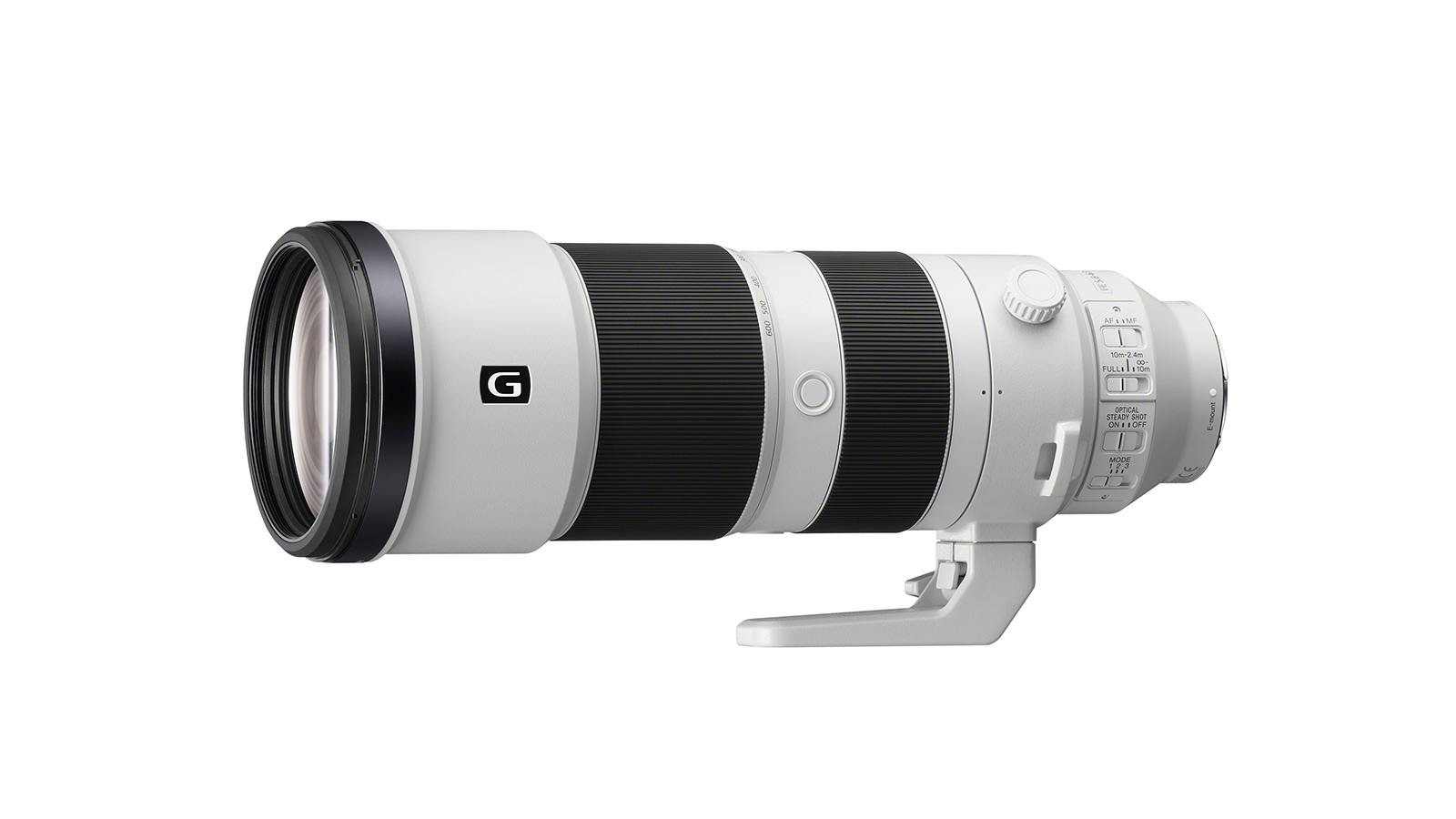 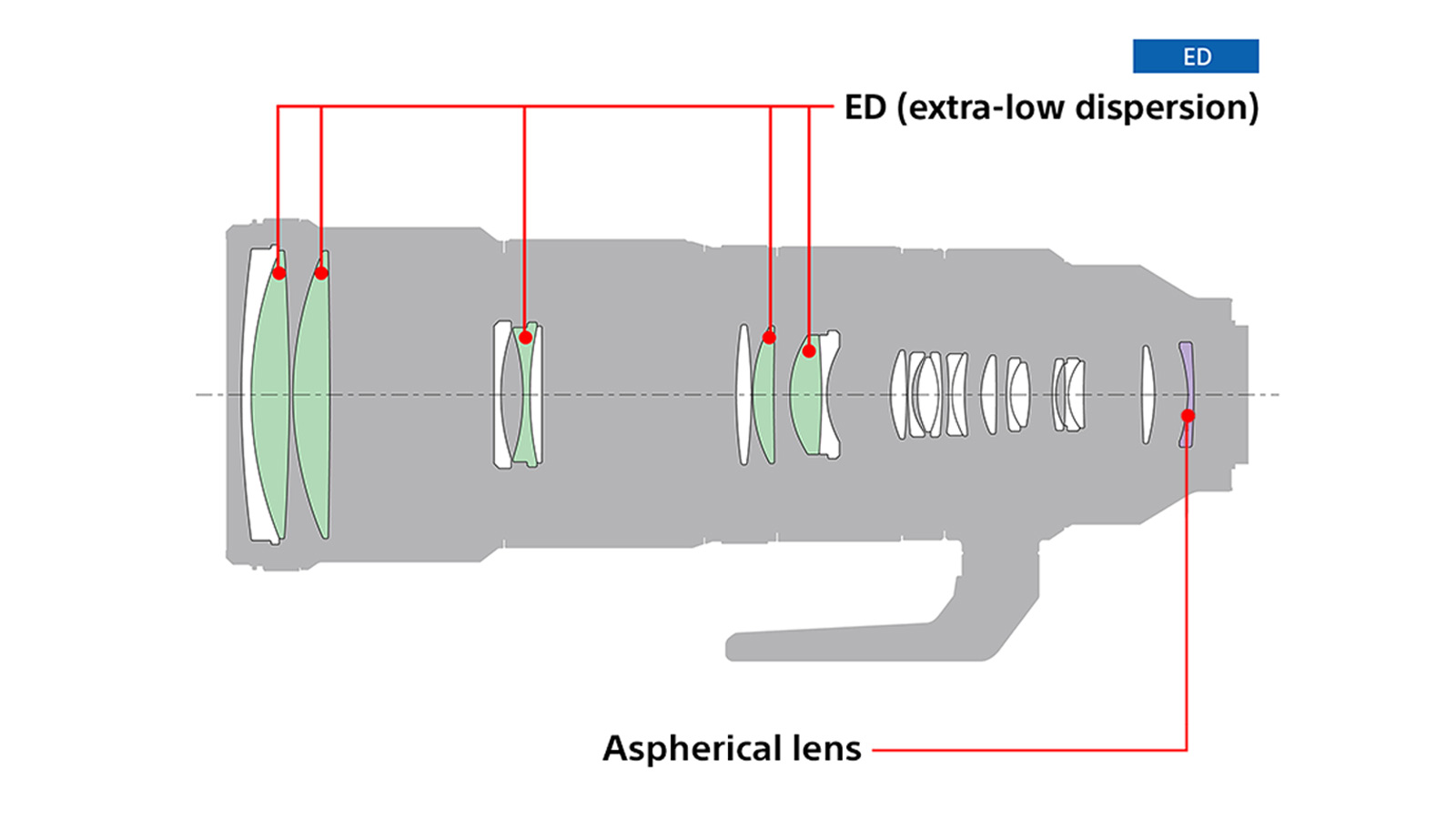 On the barrel of the lens are three "customizable focus-hold buttons" in addition to other lens controls such as a focus range limiter and controls for the three different Optical SteadyShot image stabilization settings. 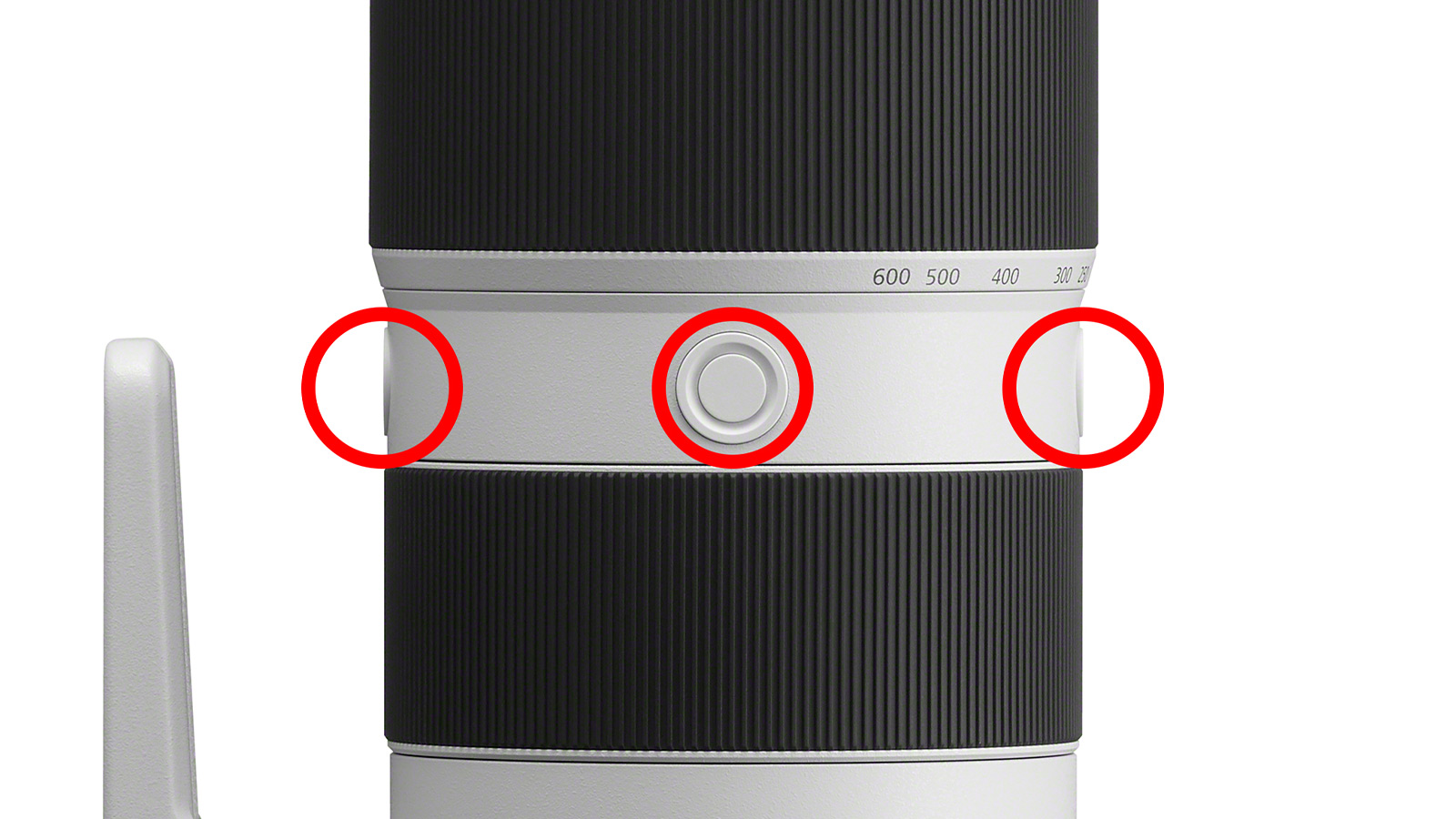 The FE 200-600mm F5.6-6.3 G OSS is ready for bad weather thanks to it's dust and moisture resistant design as well as an internal zoom mechanism which keeps the overall lens length the same throughout the zoom range. 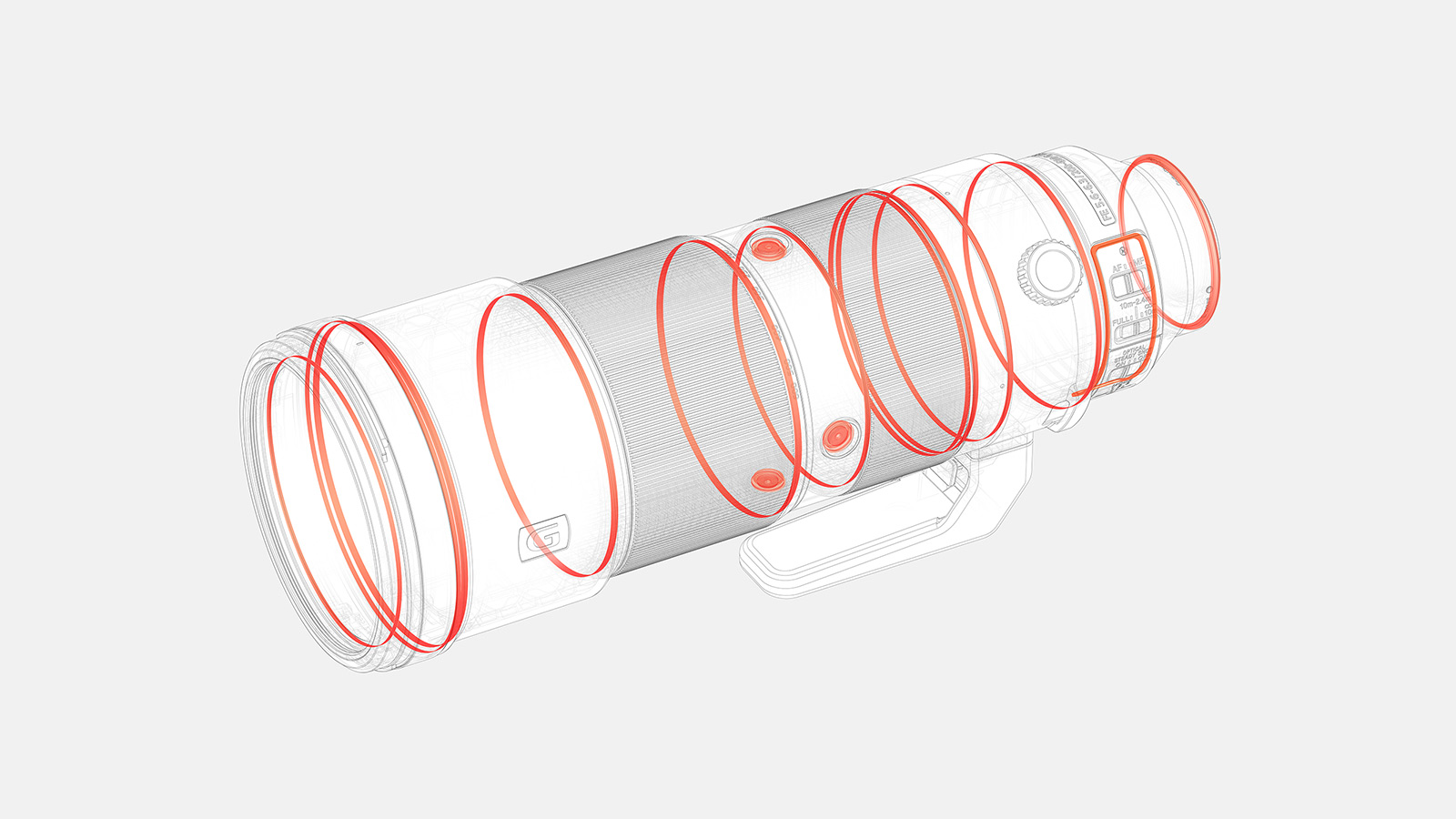 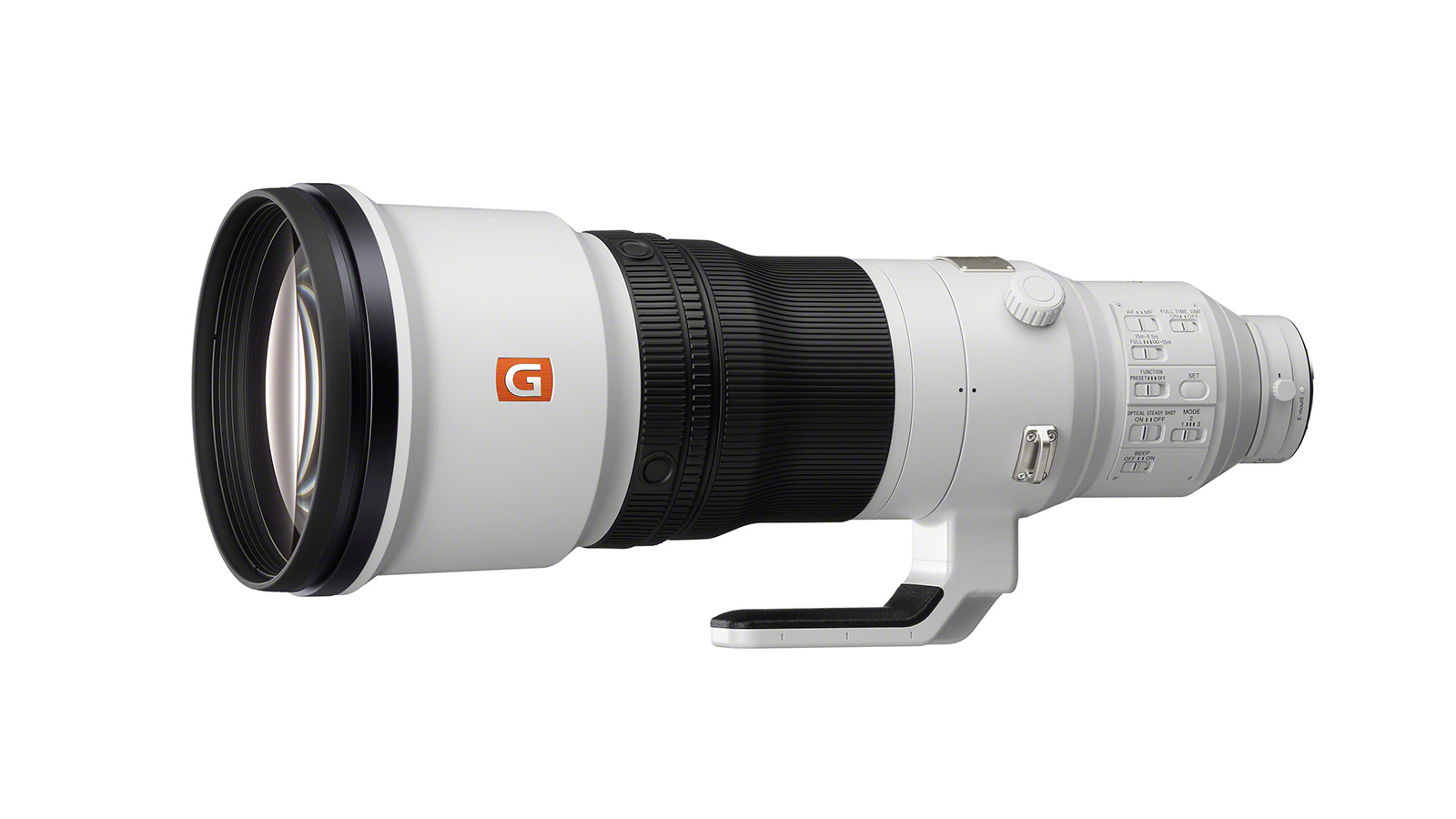 Sony's longest prime lens, the FE 600mm F4 GM OSS, is actually the lightest lens in it's class at 6.71 pounds. Made for sports, wildlife and news photographers, the 600mm features a unique optical design with a large extreme aspherical (XA) element for suppressing all forms of telephoto lens aberration as well as three flourite elements for minimizing chromatic aberrations. 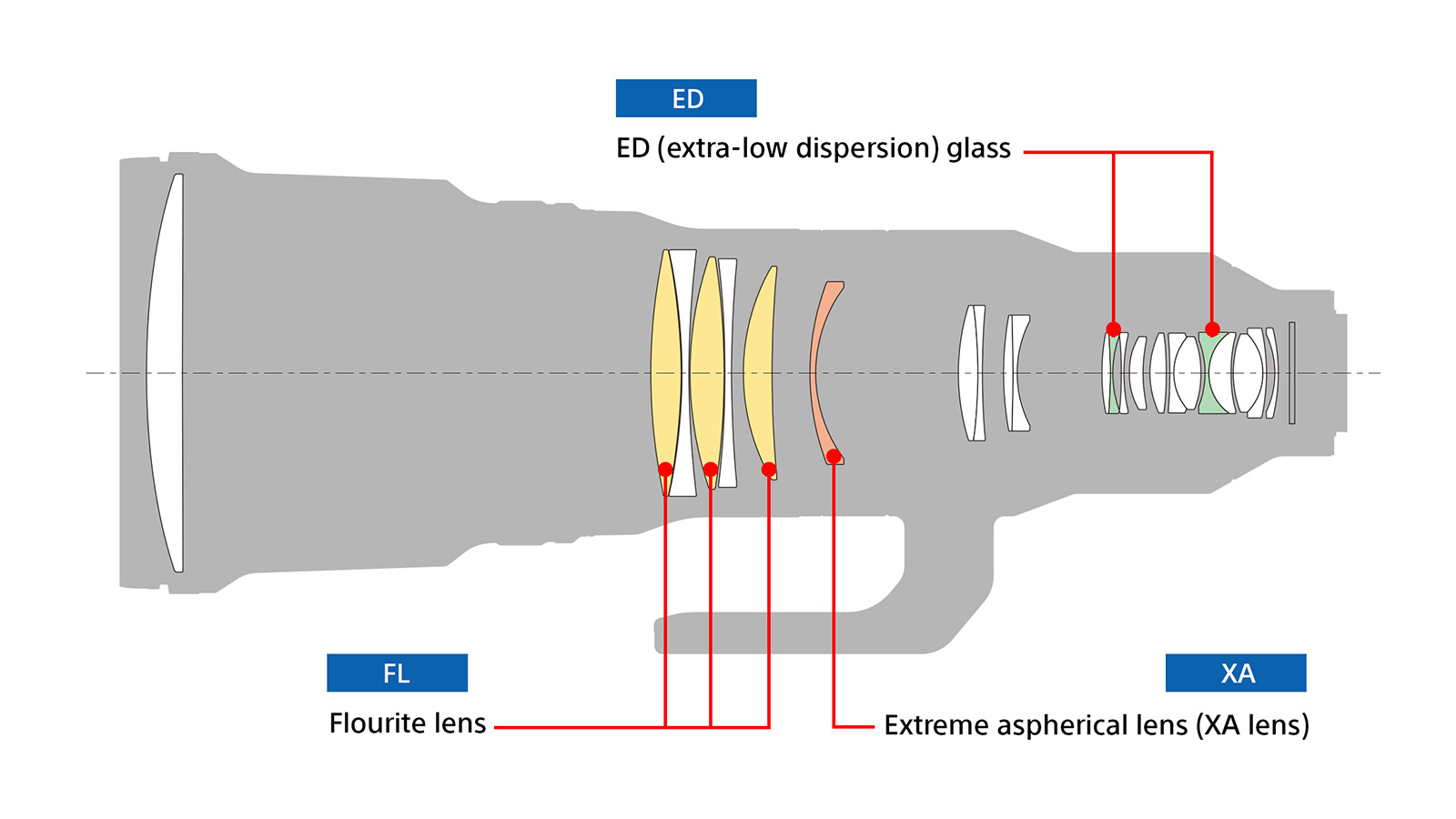 The lens is constructed from magnesium alloy with a lightweight carbon fiber hood and significant dust and moisture sealing. 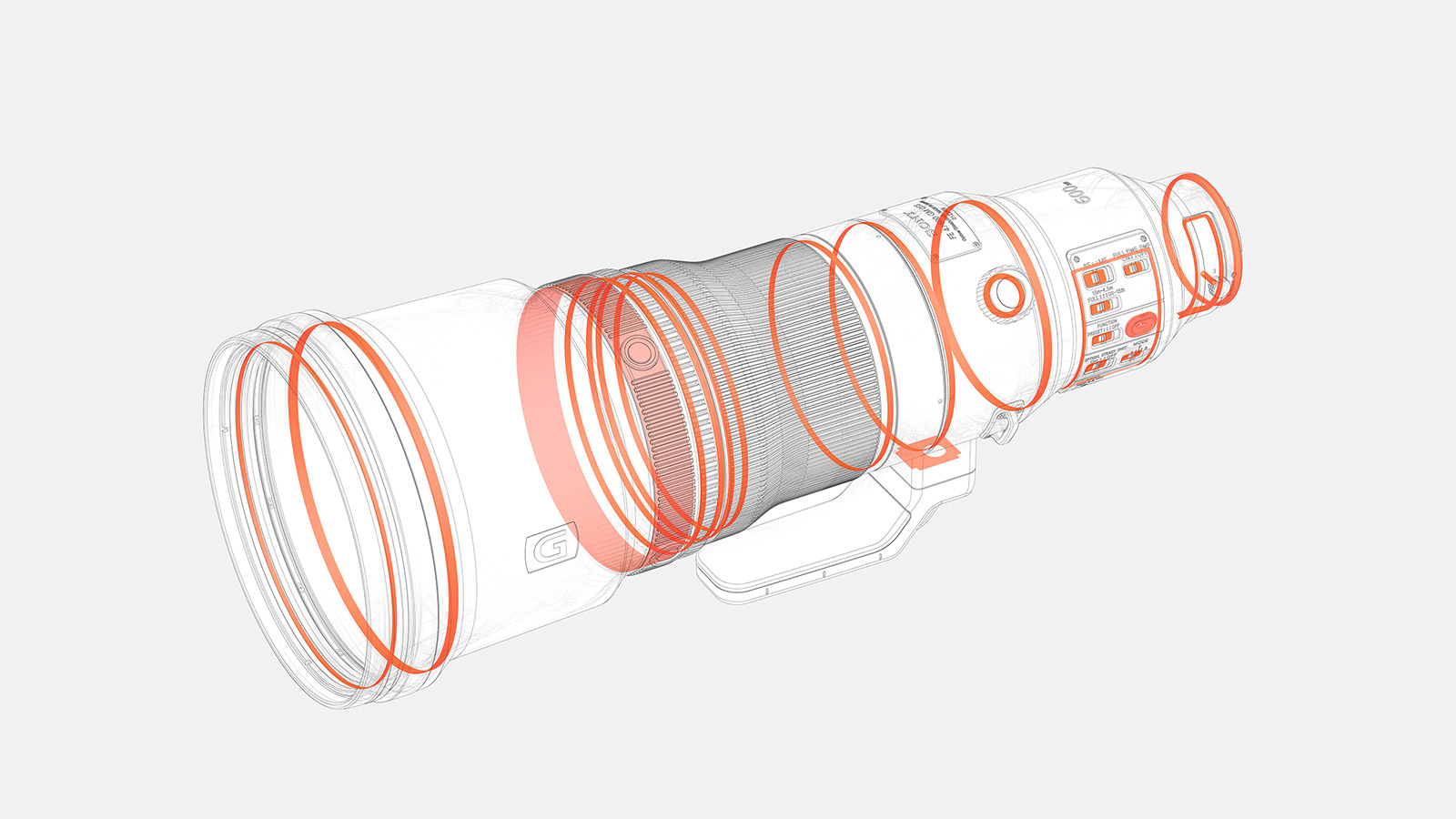 On the barrel are controls for the Optical SteadyShot system as well as a full-time DMF switch so the photographer can make fine tuning adjustments anytime with the manual focus ring. On the back is a drop-in slot which accepts 40.5mm filters in addition to Sony's own VF-DCPL1 Drop-in Circular Polarizing Filter. There's also a customizable function ring for 'Preset' and 'Function' settings. 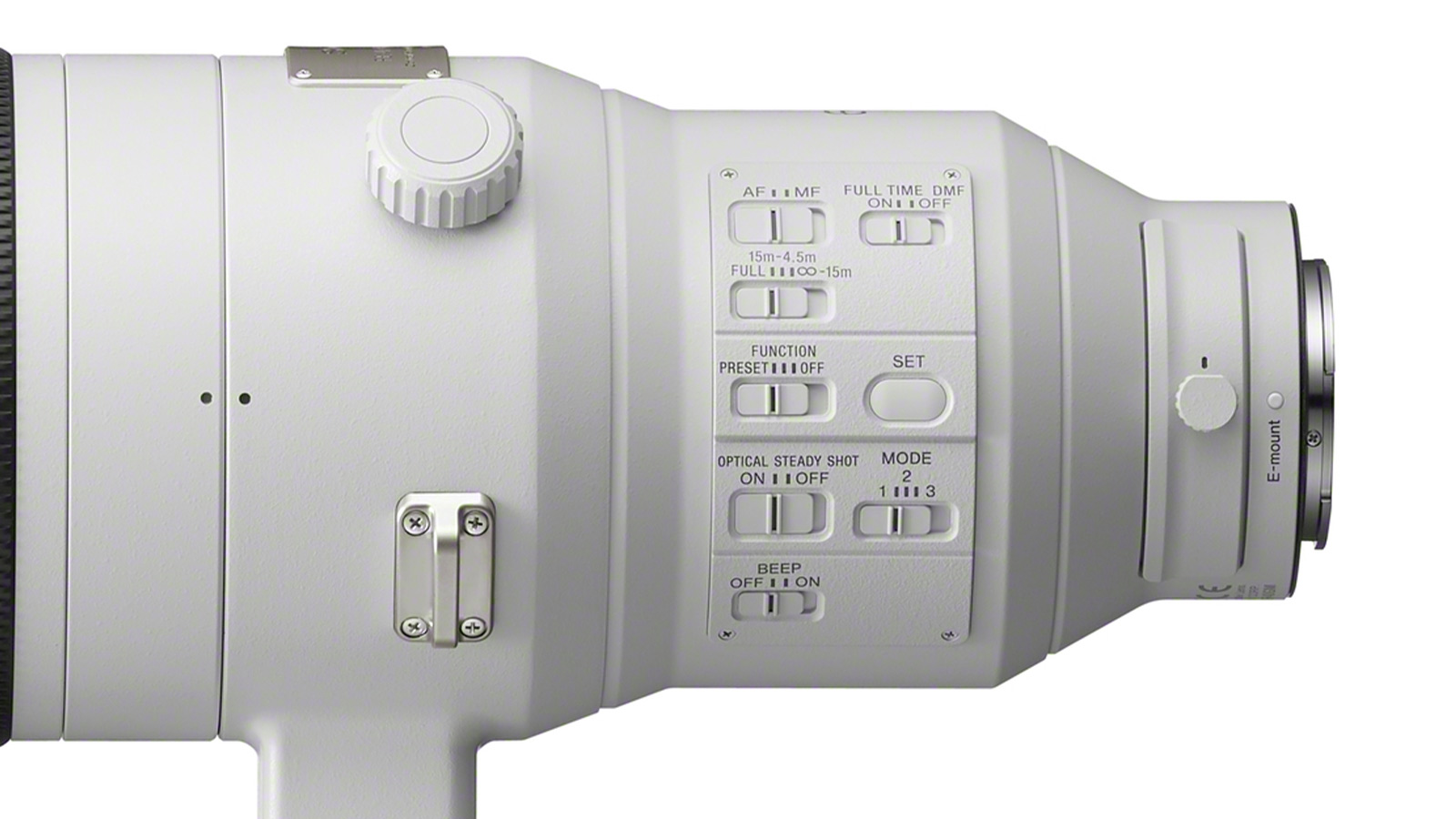