Sony's latest addition to their premium compact camera line, the RX100M7, features a big upgrade inside where the 20.1MP 1.0-inch sensor and BIONZ X image processor give this pocket-sized powerhouse autofocus performance approaching the level of Sony's flagship a9. 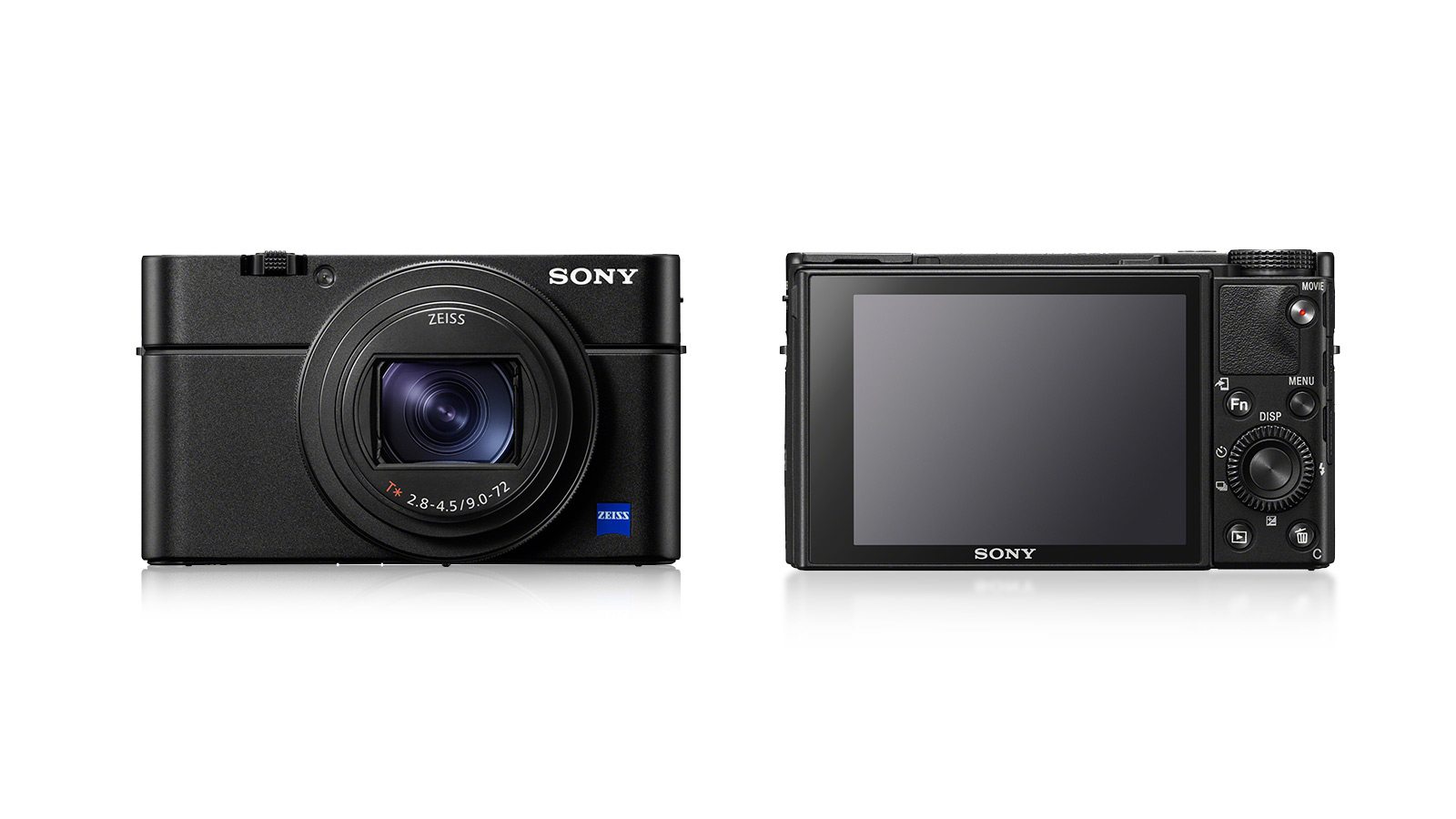 The RX100 has long been considered one of the best cameras available where portability is key, especially since Sony has been implementing technologies they've honed in their APS-C and full-frame mirrorless cameras in the high-end RX compact lineup. 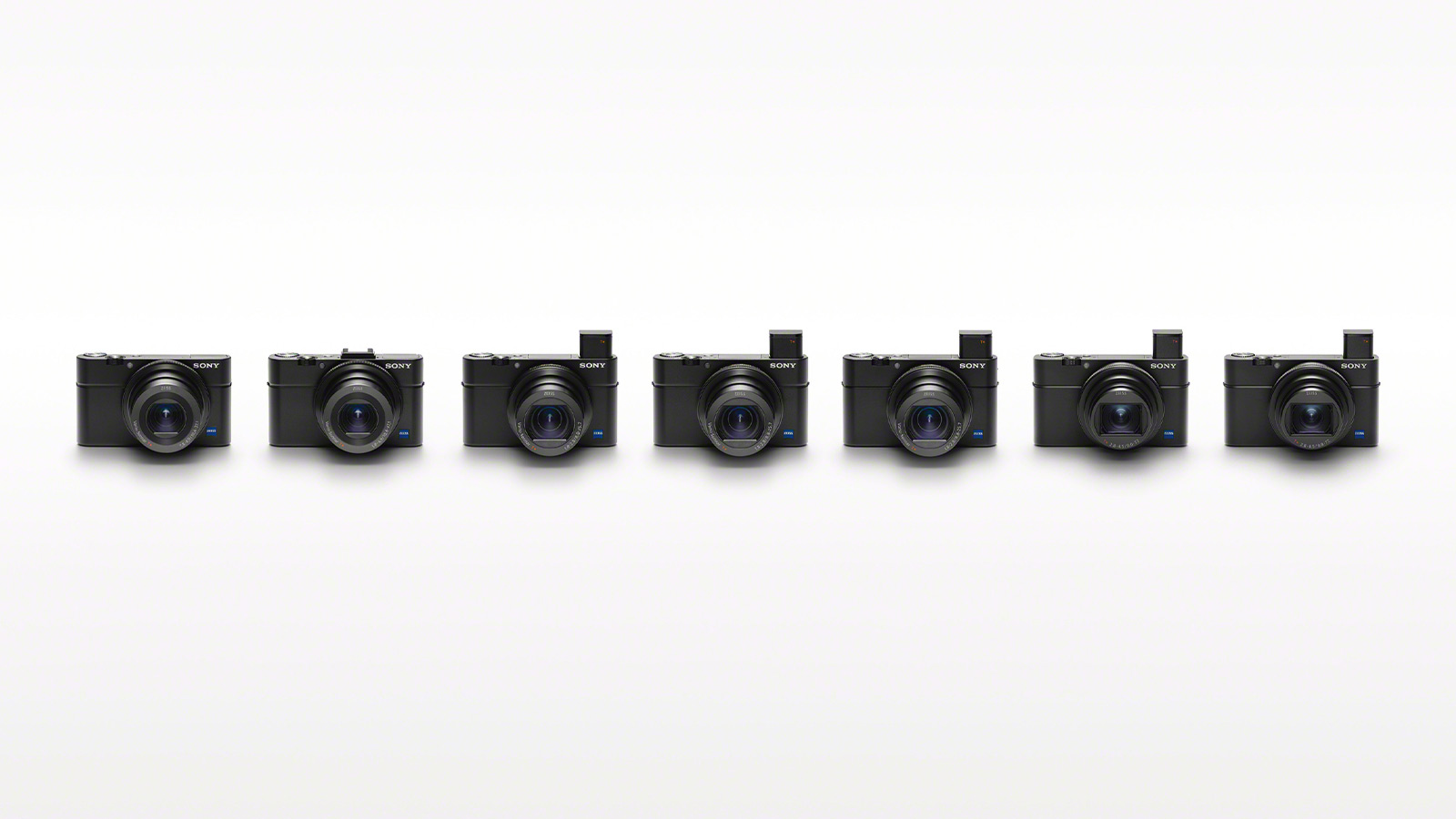 The 1.0-type stacked 20.1MP Exmor RS CMOS sensor with built-in DRAM and the latest generation of BIONZ X image processor combine for a massive 357 focal plane phase detection and 425 contract detection AF points with a 0.02 second focus acquisition time and 20fps blackout free shooting with AF/AE tracking. If that's not enough for you, there's a new Single Burst Shooting Drive Mode that takes it up to 90 frames per second. Impressive specifications for a camera no bigger than an ice-cream sandwich. 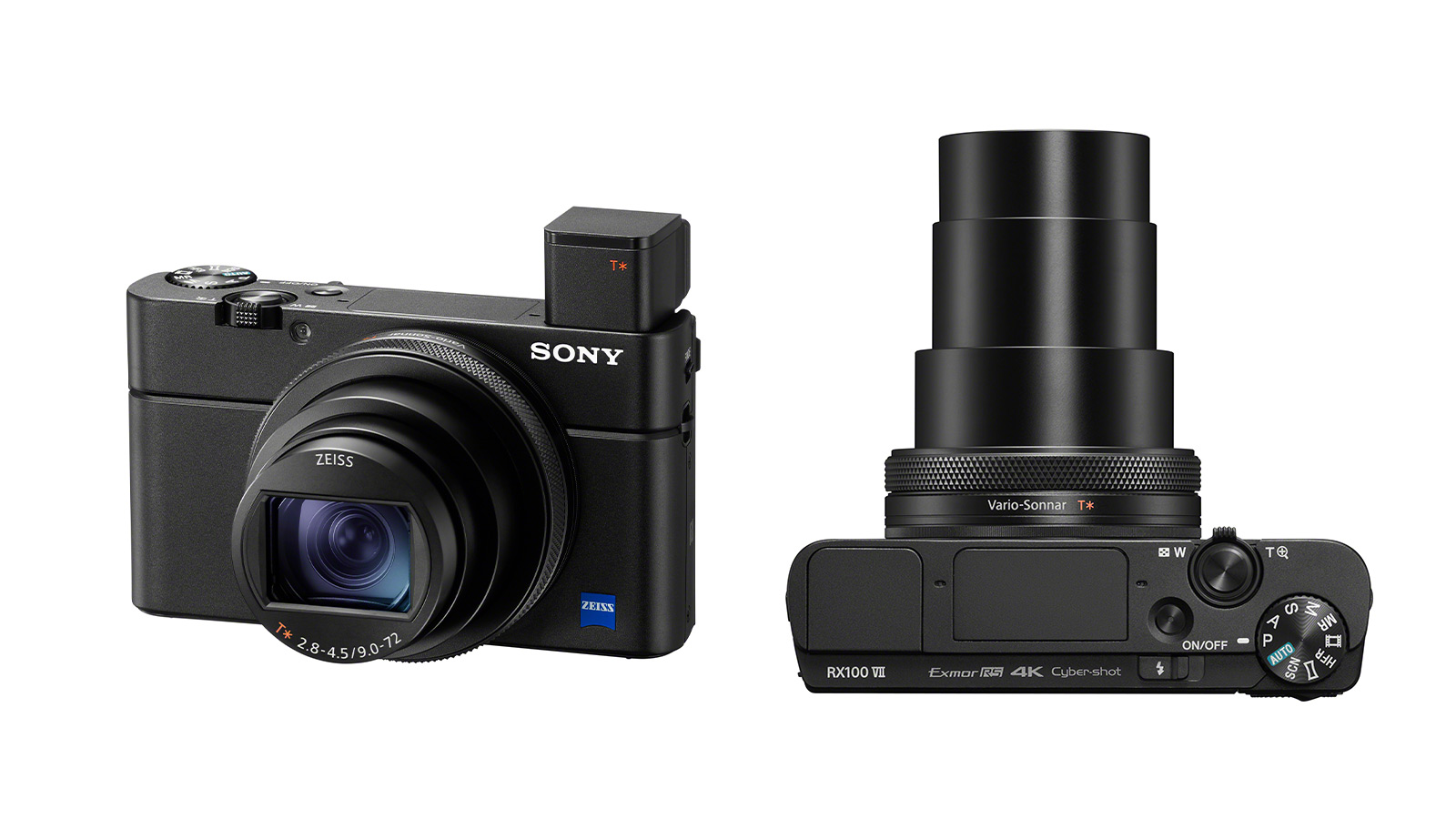 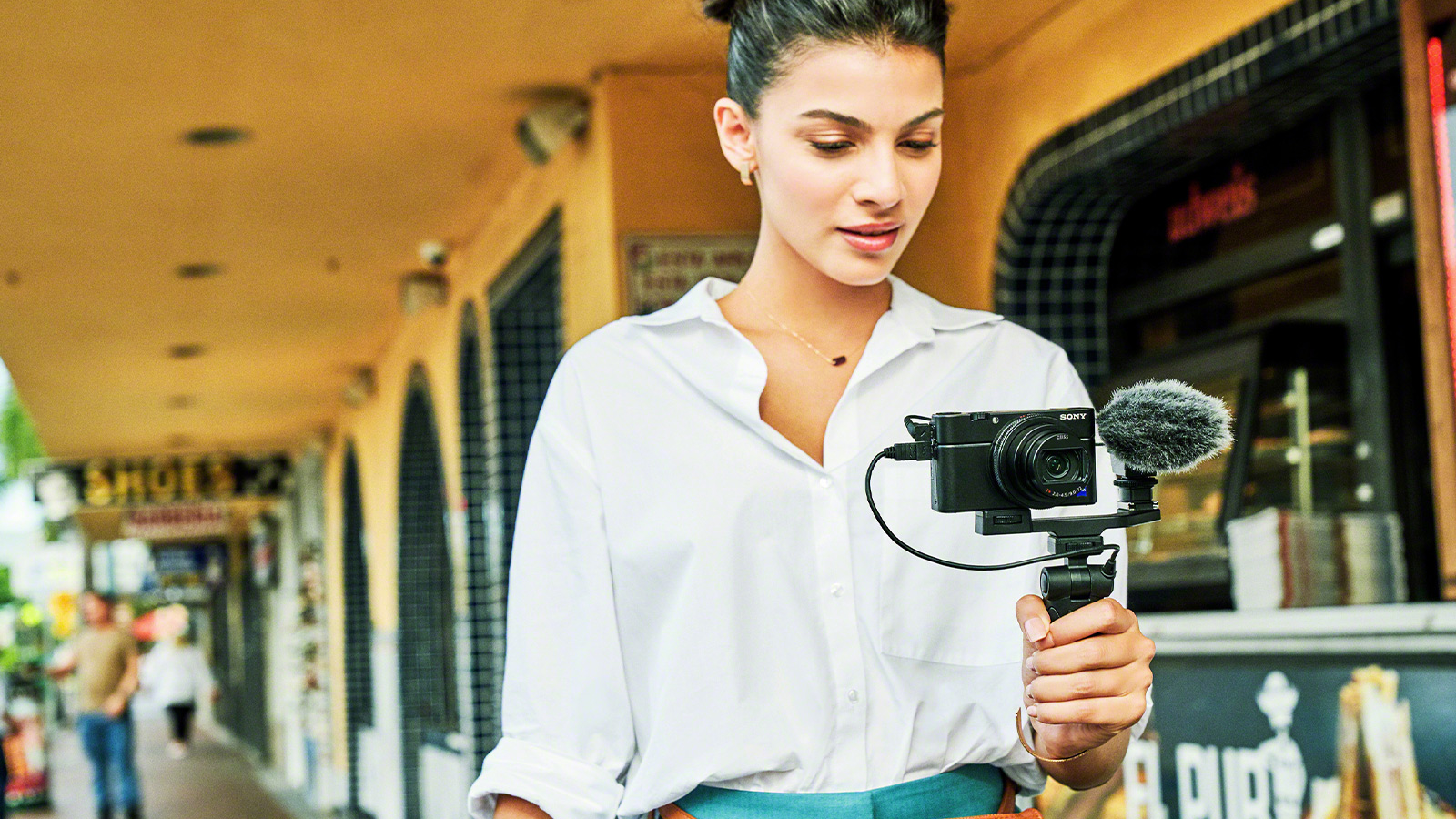 For 4K video, Sony's added "4K Active SteadyShot" which combines the onboard optical and electronic image stabilization for 8x the shake compensation when compared to 4K Standard SteadyShot.

The RX100 VII is powered by a newly developed 1.0-type stacked 20.1 MP Exmor RS CMOS image sensor and the latest generation BIONZ X image processor, which work together to deliver peak autofocus and speed performance that has never before been available in a compact camera. Flexibility of shooting is ensured by a ZEISS® Vario-Sonnar T* 24-200mmviii F2.8-4.5 high magnification zoom lens, making the RX100 VII a versatile choice for all types of shooting scenarios and users, ranging from photo enthusiasts to professionals.

“The RX100 VII sets a new standard for performance in compact cameras,” said Neal Manowitz, deputy president of Imaging Products and Solutions at Sony Electronics. “Sony will continue to drive innovation in the world of imaging, constantly pushing to empower creators with the most capable tools that allow them to realize their vision, and create like they have never been able to before.”

New Standard for AF Performance in a Compact Camera

The RX100 VII offers a world-leadingv 357 focal-plane phase-detection AF points and 425 contrast-detection AF points. In addition, thanks to a newly optimized lens drive control, the world’s fastestv 0.02 secvi AF acquisition time is realized. A major leap in AF/AE tracking performance during continuous shooting means the camera performs AF/AE calculations up to 60 times per secondii and captures fast moving action at 20fpsiii with AF/AE tracking, ensuring that each moment is shot with swift and accurate focus.

In addition, the image sensor realizes blackout-free shootingiv for a completely live view, even when continuous shooting at 20fpsiii; the same experience as the Alpha 9. The RX100 VII also debuts a new drive mode, Single Burst Shootingix, for capturing the perfect high-speed shot at up to 90fpsx in JPEG/RAW format utilizing the anti-distortion shutter. Single Burst Shootingix allows the photographer to frame fast moving action and shoot as if taking a single shot, but the camera will actually deliver seven still images taken at 90fps, 60fps or 30fps, so the user can select the perfect moment.

For the first time in a compact camera, the RX100 VII introduces advanced Real-time Tracking and Real-time Eye AF capabilities. Real-time Tracking utilizes Sony’s latest algorithm, including artificial intelligence-based object recognition to ensure that subjects can be captured with excellent accuracy, even via the touch panel on the rear screen. Real-time Eye AF, the latest version of Sony’s acclaimed Eye AF technology, employs A.I.-based object recognition to detect and process eye data in real time. This results in improved accuracy, speed and tracking performance of Eye AF for both humans and animalsvii, which allows the photographer to concentrate exclusively on composition.

The compact and lightweight characteristics of the RX100 VII (approx. 302g / 102mm x 58mm x 43mm) mean it can always be carried and has mounting flexibility that larger cameras simply cannot match.

Despite the small form factors, there are a multitude of pro-level movie making capabilities, including:

Sony will also be introducing a Shooting Grip Kit (DSC-RX100M7G), which includes an RX100 VII and Shooting Grip (VCT-SGR1) that allows for easy recording and zooming right at your fingertips; Bracket with Accessory Shoe; and two Rechargeable Battery Packs (NP-BX1). Pair this kit with an external microphone (sold separately), such as the Sony Stereo Microphone (ECM-XYST1M) which mounts onto the bracket’s accessory shoe and allows for a convenient and simple vlogging setup.

Sony has also introduced a new leather-look body case for the RX100 series (LCJ-RXK), which includes a lens jacket and shoulder strap to protect the camera from bumps and shocks. Available in black, it provides easy access to the microphone jack and USB terminal, which enables charging and image transfers without the need to remove the case.

The LCJ-RXK jacket case will ship in August 2019 for approximately $110 CA.

Exclusive stories and exciting new content shot with the new camera and Sony’s other imaging products can be found at www.alphauniverse.com, a site created to educate and inspire all fans and customers of Sony’s α - Alpha brand.

The new content will also be posted directly at the Sony Photo Gallery.

A product video on the new RX100 VII can be viewed here.